As some of you know or have read in past blogs, I have been seeing a Personal Trainer/Wellness Coach since March. You know the whole spiel, weight issues my whole life, have tried everything, decided to throw some money at the problem this time around…

The place that I go is lovingly referred to as “The Barn”…I’ve really fallen in love with The Barn and yes, it’s an actual barn…revamped into a totally cool workout arena. When I say “arena”, it makes me think that Gladiators workout there and I guess we kinda are…there’s about, I don’t know, 12-15 people that also go to “The Barn”, there’s a bunch of different times all week, so you don’t know who will be there when, it’s like a surprise party every day. These people have become my “Badass Family”, we’re just all a bunch of badasses working out in a badass Barn. That’s basically the bottom line. 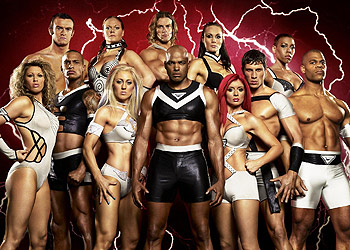 This is a pic from our last training session.

Since March, I guess I’ve been about 79% badass. I’d like to think. I’d go for a couple weeks, 2 maybe 3 times a week and then miss a week and so on, kinda like that. About a month ago, I decided that I needed to be more badass. Give it my all, you know? Really get to like 98-100% badass. (I don’t know if being 100% badass is good or bad…I think you need at least 2% non-badass so that you can still be afraid of frogs…) So, I started going to the Barn 4-5 days a week. Trying to get the mindset as if working out is not an option. Put it in the “drinking coffee in the morning” or “watching Modern Family” or “buying Coach bags”, these things are not “options”, they’re just things that have to happen in life….and so should working towards being a total badass. (Or at least 98% badass.)

On August 26th, we had a bit of a competition at the Barn, a “Push/Pull Competition”. Bench pressing and Deadlifting. These are terms in the workout field, I’ve learned. These are things I do now.

And on that day, this happened:

Prior to this day, I had deadlifted 155 pounds. So, I don’t know if it was that I’m secretly really competitive, or if I was holding the bar incorrectly (turns out I was) or if I was just really mad that my new workout tank was so damn ugly….but I lifted 250 pounds that day and was the Deadlift Champ at the Barn! I was pretty happy, I’ll admit. Not to be all Eeyore-ish, but I’m never the “champ” of anything…well, besides that “Hot Shot” Competition I won in 5th grade basketball. That was pretty sweet.

Maybe I’m not meant to be a writer or an actor or a restaurateur….all things I go back and forth on doing when I grow up…maybe I’m meant to be a total badass weight lifter?

I mean, I can make these faces…

This is Holley Mangold. She was on Season 15 of The Biggest Loser. She’s super badass. 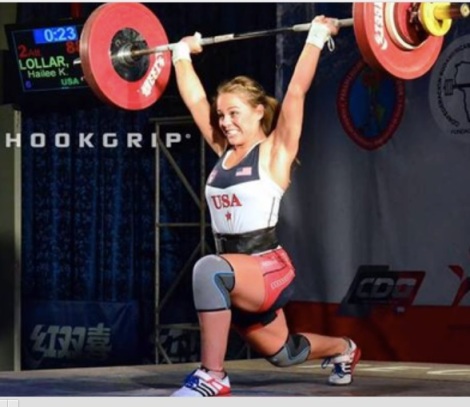 This is Hailee Lollar. She was born the year I graduated high school! (1994) and is already a ridic badass!

This is Sarah Robles. She’s been called, “The Strongest Woman in America”…I mean, that’s pretty much the definition of badass.

We’ll see. Maybe that 250 lift was just a fluke. Maybe the hydrocortizone cream that I had to use that morning on a bug bite had an unusual amount of steroids in it, I don’t know.

For now, we’ll just assume I’m a total badass until we prove that it was chemically induced. Okay?

So, where does all this fit into my ongoing weight loss efforts? Well, I don’t know. I haven’t weighed myself since March, since I started seeing the HBIC*, my Coach. Chick K. (*Head Badass In Charge)…she advised that I should go a little while without constantly weighing myself, to stop making that “number” SO important…and that was March that she said that. It’s now September. I’m not sure what she meant by “a little while”…but, I think I’ll feel it in my soul when I’m ready to get on the scale again. I’ll just keep it under my bookshelf gathering dust until then.

My peeps ask me a lot, “Do your clothes feel different?” And, no. Not really. But I’m wondering if all the stretchiness of my clothes gives me a false sense of size and my addiction to Spanx products are really just those friends of yours that tell you that you look awesome when you’re really a hot, hot mess. I’m not sure. Spanx, they’re like frenemies. No, I’m sorry, I take it back, I LOVE YOU SPANX!!! So, I don’t know. My progress is undetermined. I have zero inclination as to where I’m at. And, maybe that’s okay.

I had someone at work tell me I looked “slimmer” yesterday, so that’s cool. But again, maybe that was just the Spanx talking….

That’s my update for now. Thanks for caring. Wait, did you care? I kinda forced the update upon you…well, I’m just going to assume you care. So, thanks. 🙂

Will keep you updated on my journey to Olympic Weightlifting Quals….(that sounds awesome, right??)

P.S. Check out KBlueFit’s Facebook Page or website for more pics of badasses and to get more info on how you too can become a 98% badass.

Let Us Know What You Think... Cancel reply

Don’t even ask them to explain. 😐🙄

RSS Feed for Too Funny Chicks

What We’ve Been Talking About

Stuff to Look At 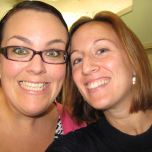 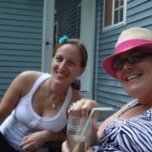 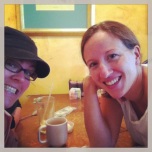 JOKES WE THINK ARE FUNNY.

What's worse than a giraffe with a sore throat?

A centipede with athlete's foot!